People Behind Our Success

Our attorneys at Malcolm Gordon Attorneys-At-Law have developed considerable legal and business expertise through their involvement in diverse areas of practice, commerce, academia, and the public sector. They are highly qualified experts with the capacity to complete complex domestic and international transactions. 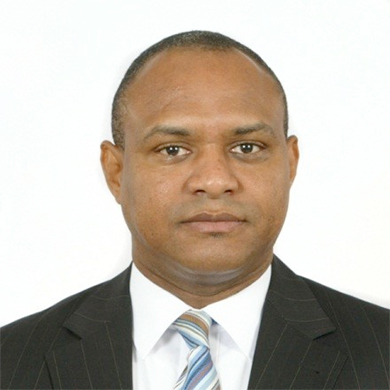 Dr Malcolm is an alumnus of Munro College; the University of the West Indies at Cave Hill; the Norman Manley Law School; the Centre for Commercial Law Studies, Queen Mary University London; and the UNCTAD Virtual Institute, in collaboration with the Universities of Barcelona and Chile, where he examined Legal Instruments of Economic Law and Regional Integration.

Dr Malcolm has published several peer reviewed and other journal articles. He has also presented at or facilitated local, regional, and international conferences, the most recent include: the 2011 Commonwealth Lawyers Conference in Hyderabad, India; the 2013 Cambridge Economic Crimes Symposium at Jesus College; the 2013 Commonwealth Lawyers Conference in Cape Town, South Africa; the 2nd Annual Arbitration & Investment Forum in Nassau, Bahamas, January 2014; and the Improved Access to Justice in the Caribbean (IMPACT) Symposium to consider a Model Arbitration Law for CARICOM Member States, Port of Spain, Trinidad and Tobago, March 2015.

Dr Malcolm has represented both public and private sector persons and entities generally, as well as more specifically in relation to Arbitration and ADR. He is available to accept appointments as an Arbitrator or Mediator, and to serve as party representative, concerning private as well as public sector matters. While the scope of Arbitration, Mediation and other services that Dr Malcolm is able to provide is broad, he has special interest in matters involving Banking and Finance, Insurance and Securities, Corporate and Commercial, Construction and Real Estate, Administrative Law and Employment, general Contract and related matters. 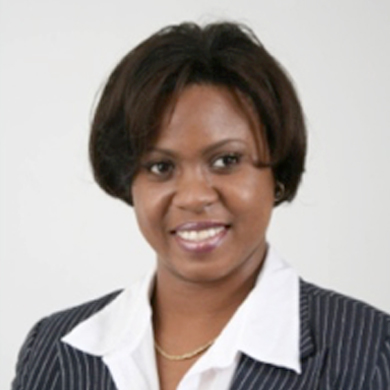 Ms Gordon is an Attorney-at-Law admitted to practice in Jamaica. She has been General Counsel to the Transport Authority of Jamaica, and in-house counsel to Digicel Jamaica and the Fair Trading Commission for Jamaica. She had been a Part-time Lecturer at the National Development Business College, has worked closely with the Office Utilities Regulation, and has also been a short-term Consultant with the World Bank, examining aspects of Product Market Regulation and Competition Policy.

She is an alumna of St Andrew High School for Girls; The University of the West Indies; and the Norman Manley Law School. 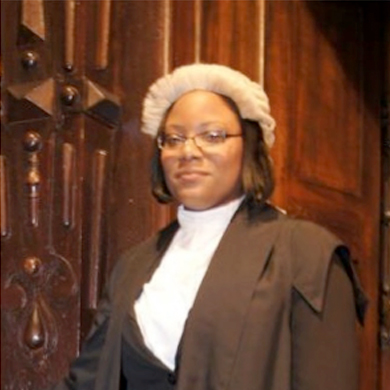 Ms Russell is an alumna of Coventry University; The College of Law, Birmingham, United Kingdom; The University of the West Indies; and the Norman Manley Law School.

Her practice areas include Competition and Consumer Law, Information Technology and Intellectual Property, Law Reform and Legislative Drafting, and Litigation. 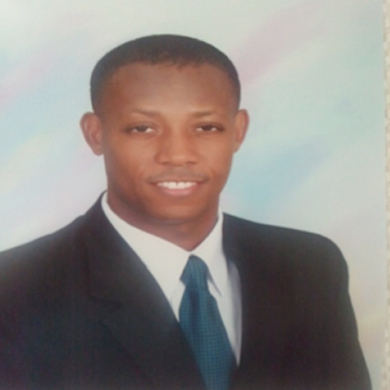 Mr Barrett is an Attorney-at-Law admitted to practice In Jamaica, and is a Justice of the Peace for the parish of St Andrew. He is a Lecturer in the Faculty of Law, University of Technology, and Corporate Secretary for the Law School Trust.

Mr Barrett is an alumnus of The University of the West Indies; and the Norman Manley Law School. 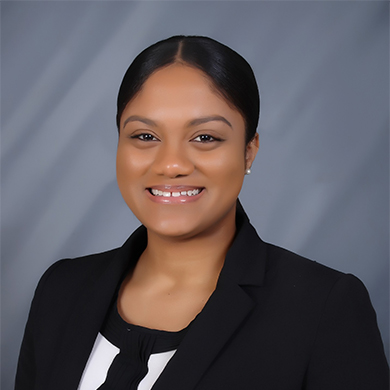 Rayhnah is a member of the Litigation Department.  She obtained her Bachelor of Laws Degree with Honours from the University of the West Indies, Mona in 2016. She was awarded the Certificate of Legal Education from the Norman Manley Law School in 2018 and was admitted to the Jamaican Bar in the same year. Her practice areas include: civil and commercial litigation, debt recovery, landlord and tenant disputes as well as, personal injury/negligence matters. She also has a keen interest in family law, probate and conveyancing. 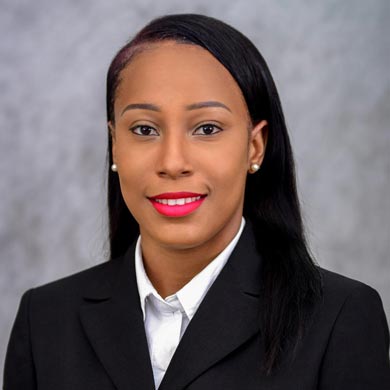 Chantal Williams LL.B (Hons) joined MALCOLM GORDON in 2017 and was called to the Jamaican Bar in December 2017. Her areas of practice include Conveyancing, Probate & Succession, Divorce, Civil Litigation, Land Matters, Corporate and Commercial Law. She also has experience in company incorporation, represents the firm as Company Secretary for companies incorporated in Jamaica and makes presentations on Conveyancing on the firm’s behalf.

She graduated from the University of the West Indies in 2015 with a Bachelors of Law Degree with honours. She graduated from the Norman Manley Law School in 2017 where she obtained her Legal Education Certificate and was awarded The William H. Scott Memorial Scholarship 2016/2017 and The Murray & Tucker (Special) Bursary 2016/2017. Chantal also has a Certificate from the World Intellectual Property Organization (WIPO) after completing their General Course on Intellectual Property in 2017.

At Malcolm Gordon Attorneys-At-Law, we take pride in our highly trained and experienced administrative staff that works with dedication and handles all administrative responsibilities with perfection. Their consistent and efficient support enables us to deliver each of our clients the best legal services that meet their expectations! 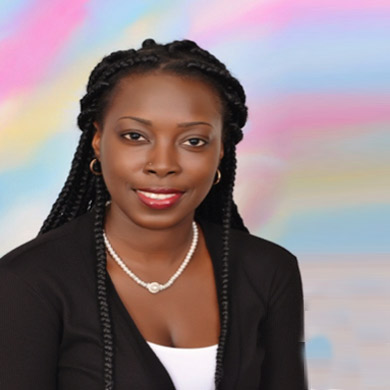 Ms Turton is a graduate of the University of Technology, where she completed her Bachelor of Laws degree. She was the recipient of an NCB Foundation Scholarship.

Ms Turton’s work experience has included summer internships at LAMP and with the Island Traffic Authority. She is very involved in community activities, including through the Digicel Grassroots Programme, which involves coaching football to children.

Our specialised legal consultants bring in their expertise as well as extensive industry knowledge and insight, and deliver best-in-class practices. With their objective viewpoint and a diagnostic approach, they can accurately assess organisational and individual needs and can help you resolve your important management and other legal challenges! 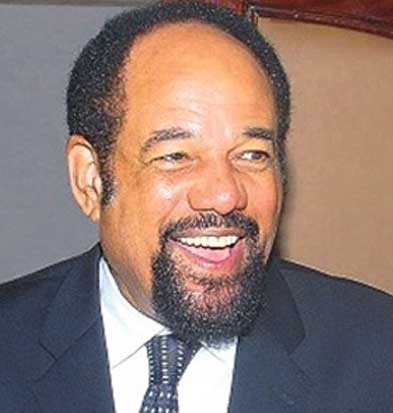 Prof Harding is a former President of the Jamaica Senate, a former Attorney for Jamaica, former Jamaican diplomat, including as Jamaica’s first Charge D’Affairs, Jamaican Embassy in Mexico, Honourary Tutor of the Norman Manley Law School, and former Dean of the Faculty of Law, University of Technology.

He has had a distinguished career at the Bar, and was first admitted to practice in …, and is a member of the Inner Temple. He was appointed Queen’s Counsel in. 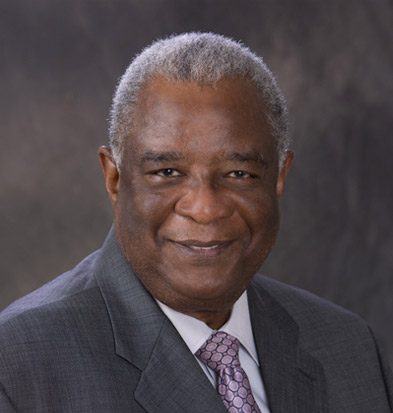 Mr Ross is an Attorney-at-Law and Professional Engineer. He has taught Engineering Law and Contracts at the Technical University of Nova Scotia (now DalTech), and regularly presents at conferences for lawyers as well as for engineers.

Mr Ross has had a distinguished career at the Bar, and was first admitted to practice in 1973. He was appointed Queen’s Counsel in 2007, and served as Management Judge of the Eastern Caribbean Supreme Court between 2006 and 2009, while on sabbatical from practice. 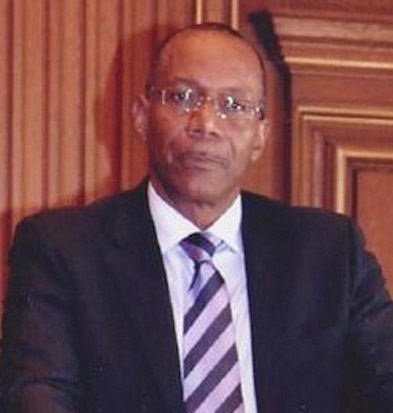 He has had a distinguished career at the Bar, and was first admitted to practice in 1978. He was appointed Queen’s Counsel in 2001, and is a Fellow of the Chartered Institute of Arbitrators and Certified Commercial Mediator. 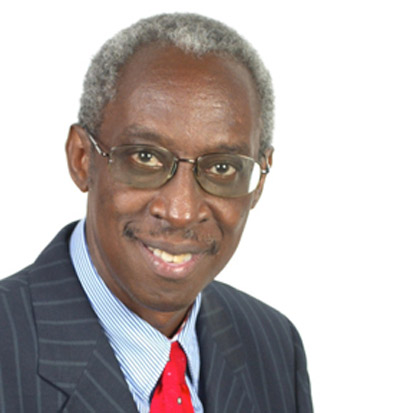 Mr Bennett has had a distinguished career at the Bar, and was first admitted to practice in 1980. He was appointed Queen’s Counsel in 2003.

Mr Bennett has successfully represented public and private sector entities, including banks and other financial institutions, liquidators, receivers, and other interests across the Caribbean. He regularly appears in arbitration proceedings, in High and Appeal Courts, and in the Privy Council, and has acted as a Justice of Appeal in the Eastern Caribbean Supreme Court.

Schedule a consultation with our legal experts today!